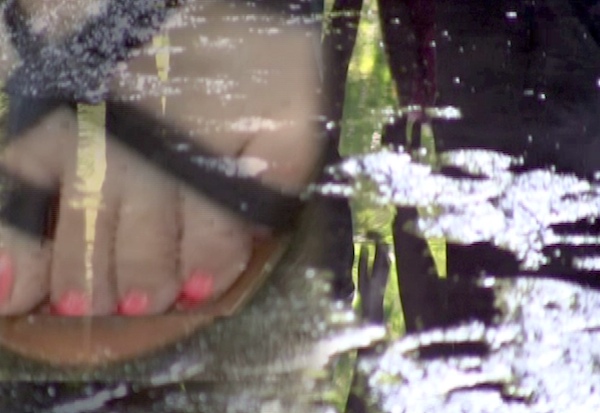 “In a world that is hard to live in, one often questions the use of the word ‘optimism.’ On the one hand, optimism references a possibility for hope in the future – a hope in part thanks to all the incredible work that queer, trans, people of color, women, activists, culture makers, artists, and educators are doing. On the other hand, the confidence of optimism, like when people say ‘why can’t you just be optimistic about the future?’ can make some feel uncomfortable. It feels like optimism doesn’t always hold the complexities of what it means to look towards the future or a successful outcome.”
– Branfman-Verissimo, curator on the biennial’s theme, OPTIMISM

ON #7 COLLECTIVE FORCE TRT: 9.42
A hexagram from the ancient oracle, the I CHING or Chinese book of Changes. #7 COLLECTIVE FORCE takes the final place in the I CHING’s HOUSE of WATER.
It depicts an old alchemical saying, “As above, so below, as within, so without, as the universe, so the soul”.
Just as the atom proved strikingly similar to a solar system, the I CHING shows the “universe in miniature”. Humans are a part of the planet, standing between earth and sky— all are interlocked together, influencing each other.
Water is the essential element all need to sustain life.
Water reflects the world around it in its surface. The sea tides of water, influenced by the Moon, push and pull on the oceans, as well as inside humankind, delineated as emotions.
In this final hexagram in the HOUSE of WATER, #7 conveys a force like earth over water, which grounds that feeling known as the abysmal, whose character is dangerous. #7 places the “emotion” of water stored beneath a field that contains it, much like soil storing water to sustain plant growth.
In #7 COLLECTIVE FORCE, bending the aspect ratio, re-frames the shots: a symbolic mimicking of “how one should see something.” In the film’s action, a person alone in a small boat travels sailing on water or sky-clouds, rather than being swept away in an abyss of hexagram #29— where the House of Water began. Before attempting to join in group fellowships, #7 advises to use the discipline and the strategy of a soldier to corral deep feeling or beliefs.