presented by the
VISION FESTIVAL
http://www.visionfestival.org

TURQUOISE BEADS, composed of landscapes from the cities of Chaco Canyon and New York after 9/11, is portrayed in a meditative manner. Chaco Canyon was a major center of a thriving Indian culture from AD 850 to 1250, where turquoise, a stone mythically born from the marriage between sky and earth, was traded extensively. The complexity of its community life, the high level of its social organization, and its far-reaching commerce created a cultural vision unlike any other seen before. David Stuart’s anthropological argument in Anasazi America claims that today’s American society has similar patterns that existed in Chaco’s Anasazi community before its final collapse.

(“Stuart cogently distinguishes between powerful societies, which gain power by using resources inefficiently, and efficient societies, which run frugally but sacrifice wealth and power to do so. The latter societies, he argues, are more resilient when environmental changes or other challenges appear.”– Booklist)

It took more than seven centuries to lay the agricultural, organizational, and technological groundwork for the creation of classic Chacoan civilization, which lasted about 200 years – only to collapse spectacularly in a mere 40 years. Reasons for its demise: When continuing drought lead to mass famine, its society, composed of an elite class and underling farmers, was locked in formulaic response versus practical solutions. Stuart writes: “The larger the society, the less capable of its carrying on after losing a moderate percentage of its critical resources.”

TURQUOISE BEADS was inspired by one archaeologist’s tale: Upon excavating an abandoned kiva, turquoise beads were found scattered over the floor. Because of the range and pattern of the scatter it was surmised that the beads had been assembled on a necklace strand and were “popped” apart during in a ritual of final departure. Many kivas (circular underground chambers used by the community for ceremonial meetings) were burned as a way to “close” them when Chaco was abandoned in the thirteenth century. The turquoise beads in this film were made through the snow on an old box TV screen running in our motel room across from the airport where American National Guard troops were being shipped out to Iraq.

from Thomas Stanley’s statement on his treatment of sound: “…My goal is to liberate territory, free up psychological real estate where we can be something for ourselves according to our own rules of design and/or operation…Society is after all a road hog and a bit of a phantom as well. This puffy specter is not at all what it appears to be — a summing of all of us. We are not a part of society at all. In fact, if society does exist, it is as the shiniest part of the cage that confines our being…My sound worlds have a very small door, only big enough for one pair of ears at a time, too small for anything as large and unwieldy as society to find its way in. A supreme privacy is generated where all consensual reckonings fall away and are even incinerated, leaving listening alone as the sole affirmation of existence, the very negation of negation.” 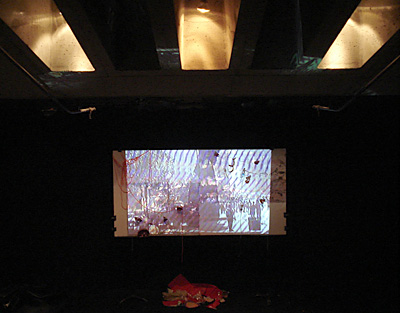 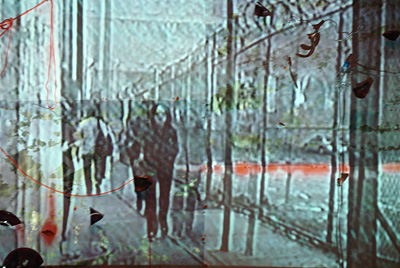 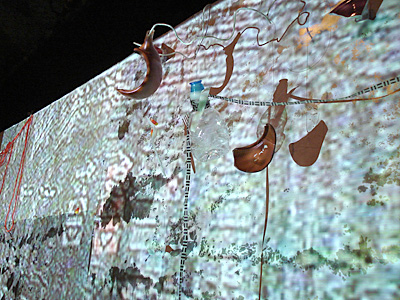 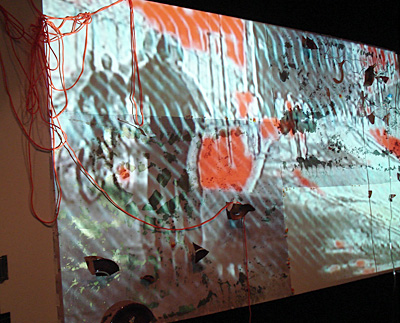 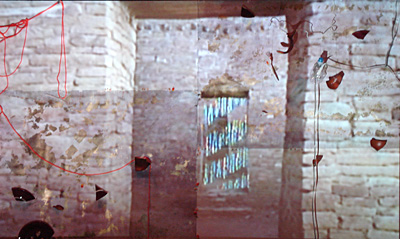