An American morality tale, with a female reporter’s voiceover about disguising herself as a soldier in Israel. Our setting starts in a typical motel room: 2 beds, a picture on the wall, a lamp on a table. Mixed in are landscapes of New York City’s judicial neighborhood and Western locals: Monument Valley discovered by John Ford, Glenwood Springs, Colorado (grave of Doc Holliday) and Tombstone, Arizona (shoot out at the OK corral), and appropriated images from American movies and TV shows: JACK SLADE, The RIFLEMAN, HOUR of the GUN, GUNFIGHT at the O.K. CORRAL, and the holler from TOMBSTONE.

The “Western” is an American fiction genre, devoted to telling stories set in the 19th Century American West that existed as popular entertainment for the American public. They are often set in brutal landscapes that act not only as a spectacular backdrop, but also as a character itself. Indeed many such places could be said to influence actions that took place there.

Westerns tell simple morality tales. Stories about “how the West was won” parallel those about conquering “the enemy”. The historic gunfight at the O.K. Corral, portrayed in numerous films, has come to symbolize the struggle between law-and-order. A number of long-running TV Westerns became classics; their peak year was 1959, with 26 such shows airing during prime-time. If this was the television/entertainment staple for the American public what effect did it’s continued broadcast have in shaping our society’s mindset?

Notes for a Commentary on Western by Lili White, 2007

Lili White completed her short film Western in the shadow of the 2006 Lebanon War and immediately following the later border skirmishes of 2007. As a reflection on the Arab-Israeli conflict, White’s is both askance and self-consciously “American.” My commentary on the film will address the way that White suggests the complex multilevel mediations involved in presenting this distanced American point of view on the Middle East. Veering away from the didactic, she stages the US perspective on the conflict as grounded in an investment of desire in Israel as a romanticized modern day western “frontier.” Although Western makes no direct reference to the 2006 Lebanon War, and nor does the film comment upon the decisive importance of the ongoing US support of Israel—ideological, economic, and political—all of these aspects shape the spectator’s engagement with the film. As does an awareness of the Bush regime’s mobilization of the mythic language of the American west as ideological support for the so-called War on Terror. Western offers a uniquely important understanding of the ongoing psychological and ethical complexity of this mythic “American” theme in relation to the politics of the contemporary Middle East.

The visual footage of Western is a palimpsest of processed imagery drawn from various sources, both found and original. These include the 1957 John Sturges movie Gunfight at the O.K. Corral, contemporary camcorder-style footage of the key tourist locations in Tombstone Arizona related to the gunfight and surrounding “western” landscape of contemporary Arizona as seen from the highway, an anonymous empty motel room (another touristic reference), and iconic nostalgic Hollywood-type footage of the New York city skyline. Western uses a voiceover commentary by Margot Niederland that tells a firsthand account of crossing the Israeli border into Gaza in the aftermath of a major (unspecified) military conflict. Woven together with folk songs about the mythic American west, this commentary also insists upon our awareness of the US-specific point of view. The commentary was recorded in 2007 but the events took place forty years earlier, immediately following the 1967 Six-Day War (although this is not made explicit in the film). The commemorative date (1967/2007) suggestions Western also serves as an anonymous memorial to the occupied territories.

Niederland’s account is told with a sense of vivid immediacy that seems as if it could have happened yesterday, thus reinforcing the contemporary relevance of her reflections. To cross the border into Gaza, Niederland tags along with a military unit, is given a gun to carry, and to all intents and purposes she appears to be an Israeli soldier. The voiceover is shaped by the double bind of her journalistic desire for “objective” knowledge of a conflict that can only be gained through her masquerading as an Israeli soldier with a loaded weapon, transgressing her own pacifist values. This self-conscious staging of the US perspective as structurally aligned with Israeli militarism is brought into sharp focus by this American (Jewish?) journalist’s own sense of having compromised her personal ethics of pacifism. White’s use of this voiceover generates more questions than offering answers, a further irony given the “factual” framing of documentary reportage as a genre. My commentary will endeavor to draw out such questions while highlighting the various framing devises that White employs. Through the mediating screens of the mythic visual footage of the American west and Niederland’s poignantly revealing first person account, Western probes the ethical compromises of a liberal American subject position on the Middle East. 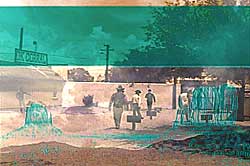 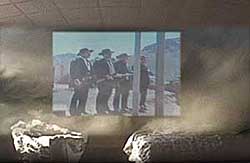 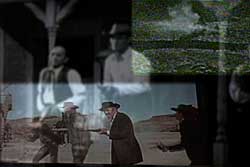 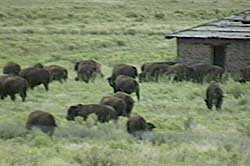 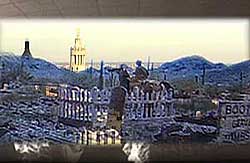 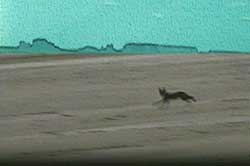 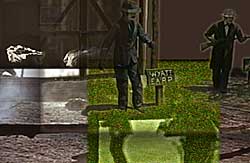 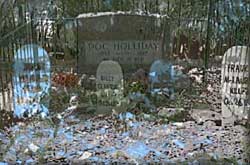