The Kitchen SINK & Everything, But

My “collage” films bear witness to human activity that runs primarily on unconscious energy.Their wacky atmospheric sense suggests psychological dimensions as they inspire others to find out about issues that effect humanity (here it’s humankind’s stewardship to the Earth and its agriculture). Their impressions present no final conclusions, nor convey “messages” directly- the viewer must suss out their own “meaning”. Intersecting tangents implied through the audio and visuals work to manifest consciousness of the interdependence between thought and actions; evincing that nothing exists alone. Their poetic form is a kind of expanding multiplicity of potentials and encounters and juxtapositions and resonances.

THE KITCHEN SINK and everything, BUT (a 3 minute spin off of THE KITCHEN SINK) embody the idea of plant EARTH as our sanctuary, articulating the intersection between nature and civilization; suggesting fissures between human and natural infrastructure. Their spoken text breaks through a cacophony of voices bombarding the audience with a smorgasbord of newspaper stories and documentary facts from both physical and metaphysical stratum; whose implications stretch between humor and horrific reality, joining Earth to Sky, desert to garden, sustenance to starvation. ———————————

a Blackfoot legend as noted by Paul Goble 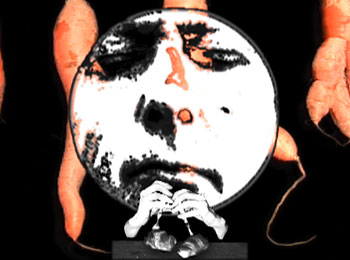 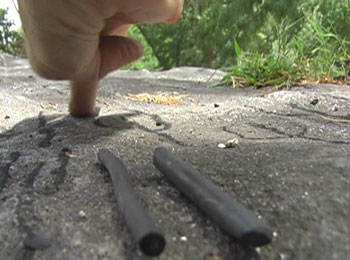 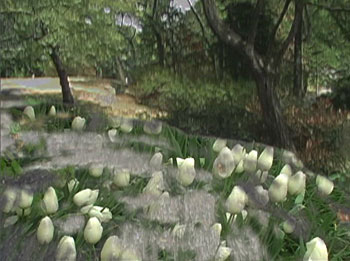 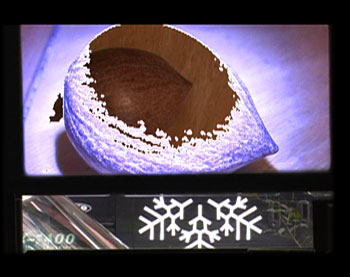 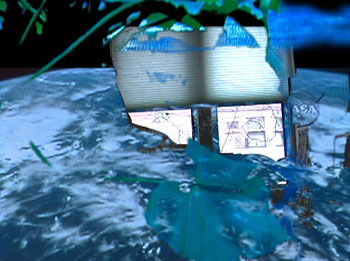 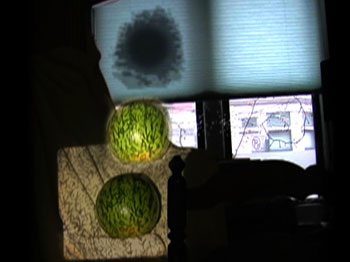 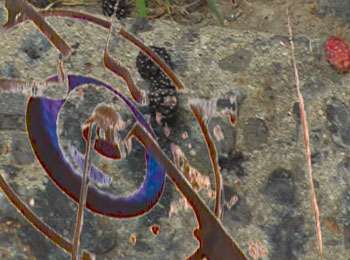 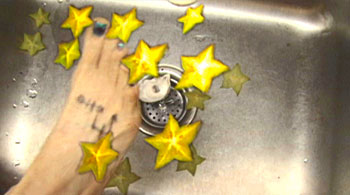 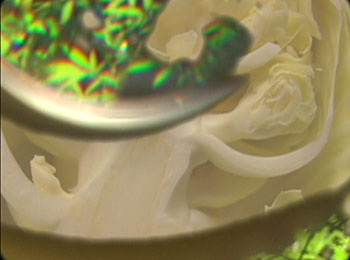 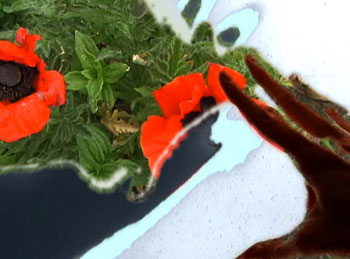 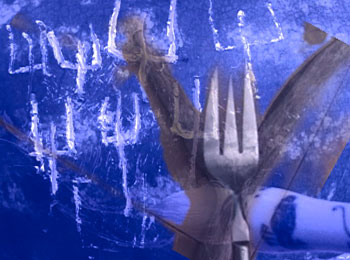 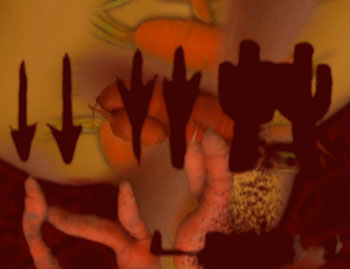 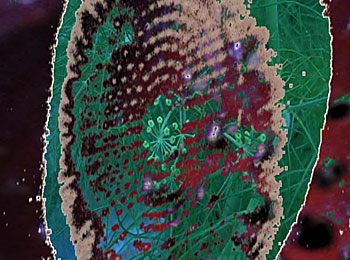