A PHILADELPHIA STORY muses on a 1980s crime: a female lawyer raped and left for dead. The narrative unfolds against subterranean tunnels, mirroring darkness from the past. Historic photos include a suspicious fire in a building with artist’s lofts.

Even as legalities were skirted, underworld arsonists espoused a code. My artist friends were told to leave their lofts by the specific date when the fire occurred, and take anything they cared about with them.

My conflicted voiceover colors such folks as people.

I was privileged by not having to voice my opinion out loud; while becoming aware of my real thoughts. This scenario was the Noir archetype of “belonging and betrayal.” Played out, it defines where one stands.

The victim was ignored, then found by construction workers, so I included footage of workers. A shot stands in for her: legs of plaster statues seen inside a cabinet.
She was permanently damaged. Her world is now that of a shut-in: the legs disappear behind a window. Morning glory flowers in Victorian funerary sculpture symbolize love and sorrow. I include them, to indicate this feeling.

With sexual harassment in the fore, rape still lives. 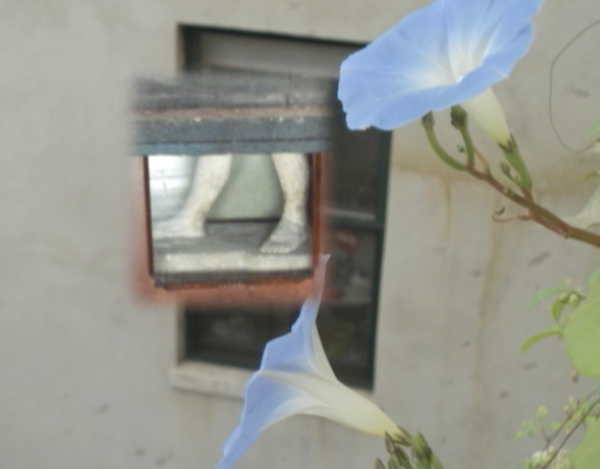 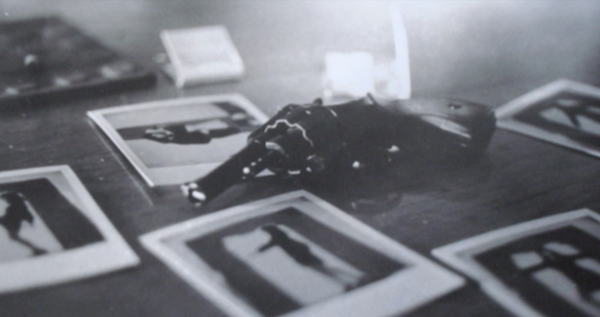 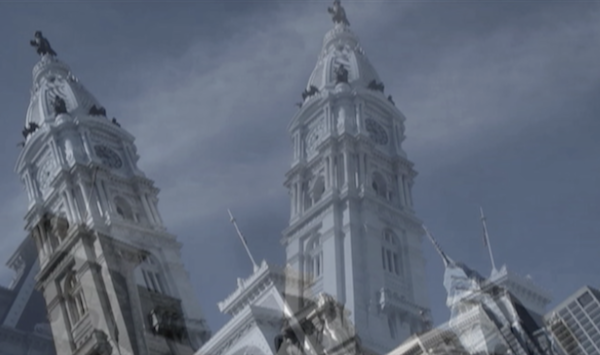 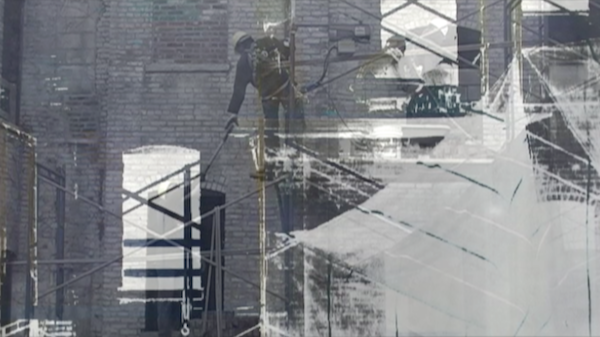 A phone on a beach rings subconscious warning from filmmaker Luis Bunuel:
Waking dreams are…as powerful as those we have when we’re asleep.
DREAMS TRUMP exists in archetypes and associations with the specific, born of personal anecdotes and psychoanalytic papers, including CG Jung’s AFTER THE CATASTROPHE, about the era of WWII’s Germany where Hitler was diagnosed as a hysteric. Overall, this essay film suggests that similar situations can happen anywhere, and any time, even now, as  Donald Trump shares similar behavior.
All action stems from dreams, whether conscious or not — whether you believe that or not; and dreams do connect to physical reality.
DECONSTRUCTING THE STRUCTURE:
Photos stack rhythmically into triplet form, appear claustrophobic and expansive at the same time. When the word, dreams, is spoken, it aligns with the first image — usually someone who is considered healthy. Trump and Hitler follow. Blue, the color of dreams, leaks in, concealing then revealing the images like a rolling tidal wave. Words in the distorted phrase “dreams – trump – Hitler’s – power” are re-arranged into “Trump – dreams – Hitler’s power,” then “dreams – trump – power” is heard over pictures from the Women’s March. Love trumps hate signs materialize as a voice says, “what the nation does is the sum total of what every individual does.” Continuing on, TV news stories are layered into maze-like windows onto windows — we’re trapped in a cyclical world. “What do you dream?” — reminds us that what we dream becomes reality. 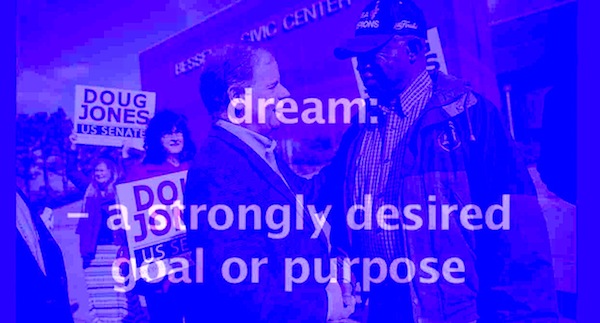 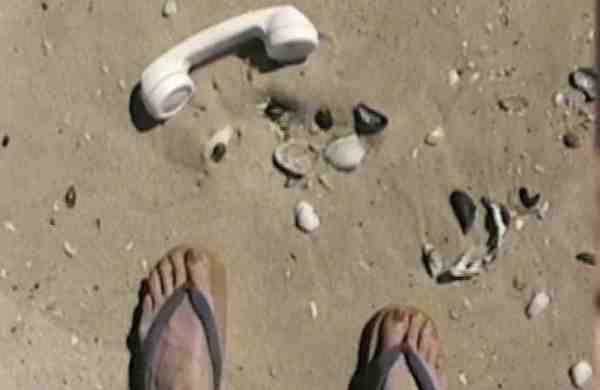 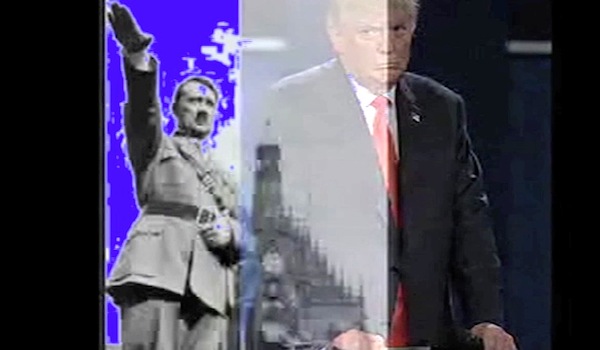