la vie en rose — lyrics by Edith Piaf
Hold me close and hold me fast
The magic spell you cast
This is la vie en rose
When you kiss me, Heaven sighs
And though I close my eyes
I see la vie en rose…..

Edith Piaf’s rational: “I’m looking at the world through rose-colored glasses” inspired the works of the Eyeglasses/ Song Series. We are Jekyll & Hyde — beings with dual mentalities of logic and emotion. The “eyeglasses” of my Song Series illustrates the function of our mind, embracing both its left and right sides assigned by science into logic and emotion.
How does one see?

The writing of songs or poems fuses passion into a form that brings what is being experienced to consciousness. The “eyeglasses” contain song lyrics along with a chaotic form of graphics that represent an area of un-focused stimulation.
When captivated by love both the right and left sides of our brain seem to act in harmony. 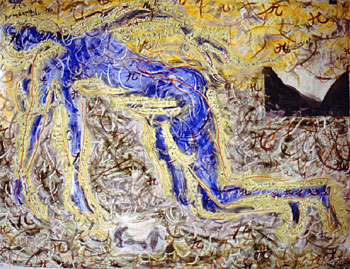 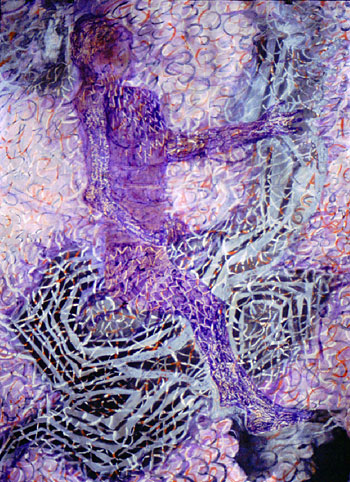 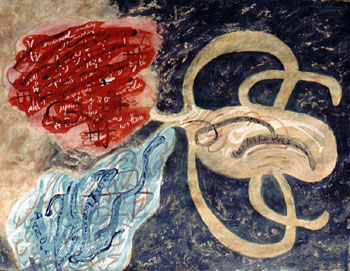 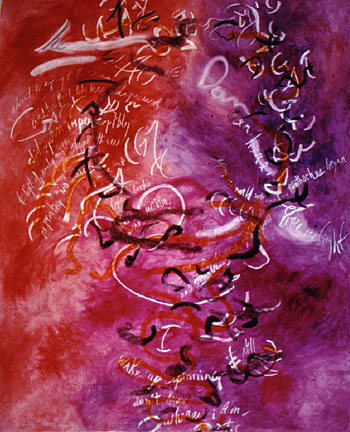 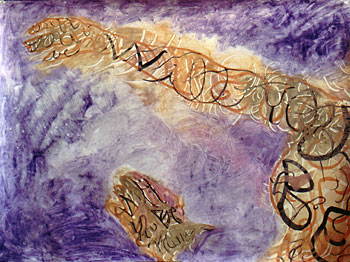 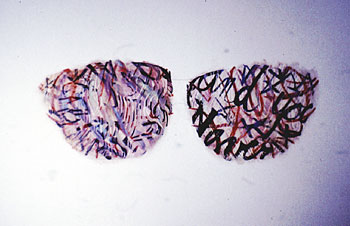 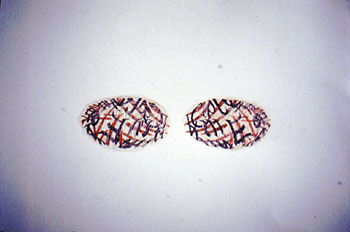 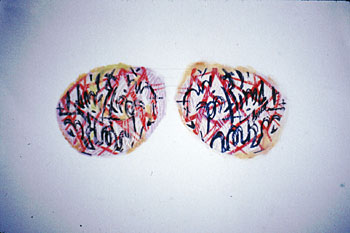