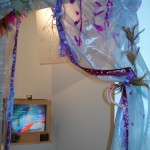 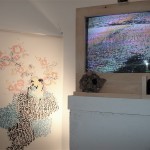 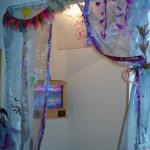 I can change the speed, I can change the color, but I can’t change the actual event of these dislocated pixels caught in time. A short damaged clip of consecutive video frames connected a terrestrial Raven to that of another bird… The edit extends time, repeats some sections, alters and keys out color, along with looping to suggest the eternal return.

Raven is known as a cultural hero figure or trickster, or even as the creator of human beings in different cultures. Claude Lévi-Strauss suggests the raven, like the coyote, obtained mythic status because he was a mediator animal between life and death. (Both these animals occur in Native American myth.) Sometimes he brought light to the darkness and was seen as a protector. Birds were often considered messengers to the gods. The Norse god, Odin is described as having two ravens, Huginn and Muninn, serving as his eyes and ears. Huginn being referred to as thought and Muninn as memory.

The moving pictures play against painted glyphs of the Chinese radical for “feather”on the installation’s fabric scrim. Chinese writing leaps the gap between abstract thinking prevalent in linguistics and the concrete visuality of a pictogram.

In GOT’CHA the bird leaps and a change takes place. Leaps, whether physical or mental (like those of faith), have the lightness of a feather. The name of for the ballet leap “Grand jete” puns with the film title “La Jetée”; reminding me of a phrase from Lou Reed’s poem, THOUGHTS TURN TO MURDER LATE AT NIGHT:

“…
Karate is a special kind of dance.
Who pulverizes someone else’s bones
has lifted violence to the level of
an art,
which, unlike ballet,
does not require the total man.”

In Egyptian mythology, Ma’at was the goddess of truth, justice, and the underworld, and it was her job to evaluate and judge the souls of all those who had just died. She weighted each soul against a feather; if the soul was too heavy it was sent to the underworld. If the soul was as light as a feather it was allowed to proceed upwards to the heavens. Ma’at was often portrayed wearing an ostrich feather on her head, a symbol of truth in Egypt.

Desert findings on the surface of the frame were found near an ancient Hopi village (once a state park that was recently closed because of Arizona’s massive funding cutbacks). Rock concretions littering the land have not been dated to a scientific era. The rusted can and a bullet shell probably date no more than 100 years.

The birds images used in these reversible paintings originally were shot on video – some seen in GotCHA’.

Embedded in their forms, are glyphs based on the Chinese radical for “feather” and have two identical forms that resemble wings. Folk tales regarding birds have become the basis of the dance works SWAN LAKE and THE FEATHERED ROBE.

Today most paleontologists regard birds as the only clade of dinosaurs to have survived the Cretaceous-Tertiary extinction event approximately 65.6 Million years ago.
Human activity now threatens birds through habitat loss, pollution and climate change. 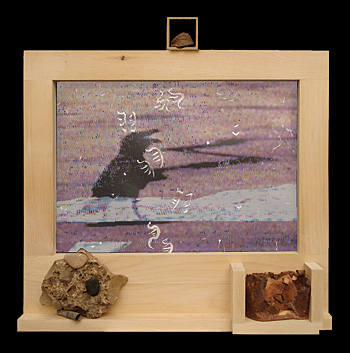 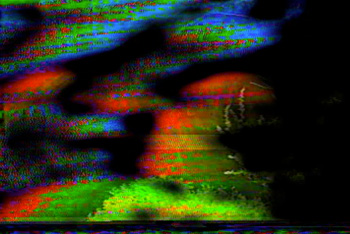 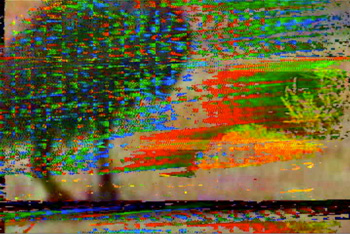 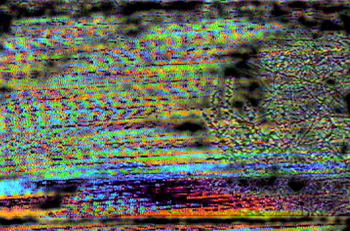 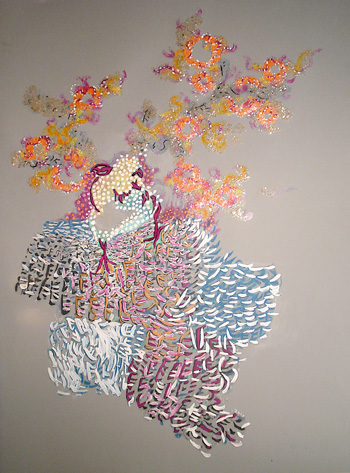 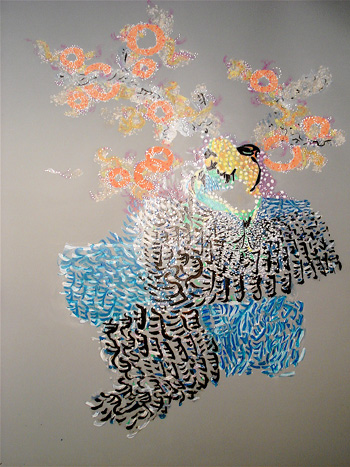 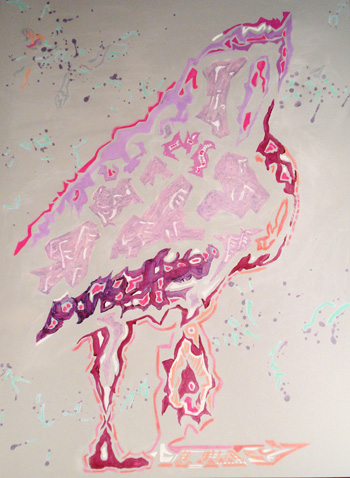 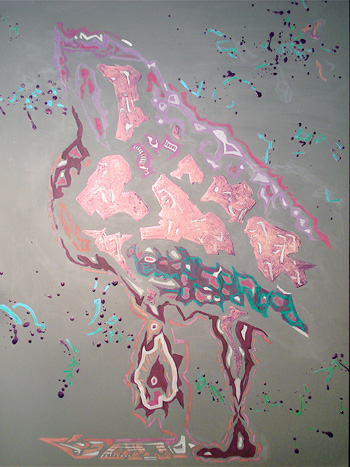 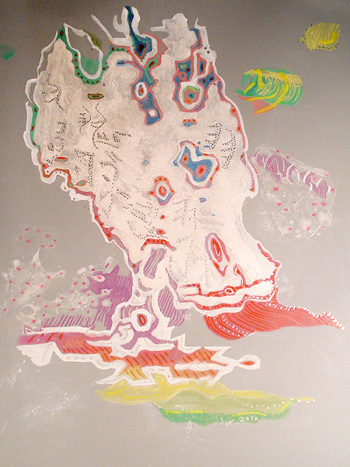 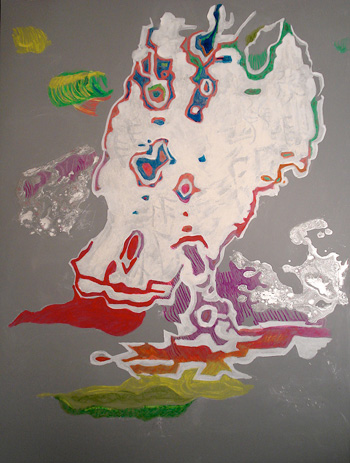